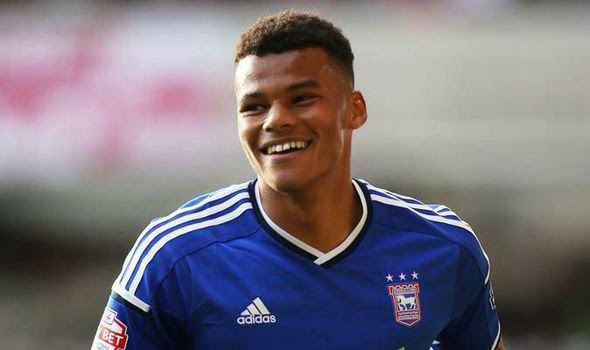 The £10million move though, was a complete blow for Arsene Wenger as he was his foremost target in this January transfer window.

The 21-year-old has said he is optimistic, he is not moving to any Premier League club including Arsenal.

As quoted by the Daily Star, he said “I haven’t received any offers.

“It’s very easy to keep doing what I am doing. The speculation has come from me playing well at Ipswich and getting the opportunity here so that’s all I can continue to do, to play well and keep my attention here.

“I don’t know if an offer would turn my head. We have to wait for that day to come but I doubt it would.

“I am absolutely confident I will be here at the end of January. I don’t see a reason why anything else would happen.”

The player is in form at Ipswich and his versatility and pace is the main reason why he could have turned tables for Arsenal in the Premier League. Similarly the player’s gift of being able to play as a centre back and left back could have given Arsene’s defence more options.

The deal is most probably dead but Arsenal have their options open; Mats Hummels. Arsenal are in a race to sign the Borussia Dortmund’s defender, according to the reports.

A more possible target is the French 29-year-old defender Loic Perrin. Arsenal is in a dire need of defenders and the St Ettienne’s player might be making his way to Emirates.

Perrin came into notice by his impressive display for the league 1’s side. He is currently worth £8million and the player himself disclosed that he has been in talks with the London club regarding his move to England.

He said “I have been contacted personally (by Arsenal). Arsenal is interested but for now there is still no contact with my club.”

It is yet to be seen which of  the above mentioned defenders Arsene will be able to sign, and if he is willing to spend money, before the transfer window closes.