Serie A outfit AC Milan are set to seal a deal for Liverpool attacking midfielder Suso, according to Italian reports. 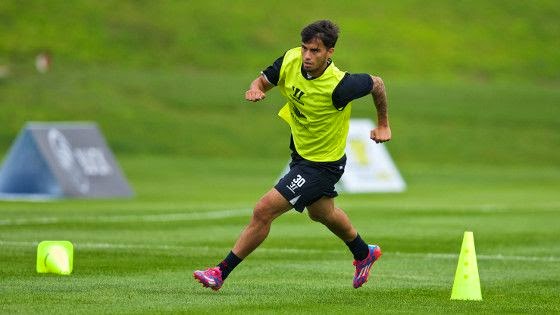 Suso has been a long term target of AC Milan, but his injury problems delayed the deal however he is now back in training and is likely to seal Milan deal.

The 21-year-old was tipped to be a top star player for the English side but lack of playing time has made him to suffer alot.

Reports in Italy claimed earlier today that Liverpool are likely to offload their talent. The Spaniard will be out of contract at the end of the season and the Reds have not planned to offer him a new deal.

AC Milan vice president Adriano Galliani said that he knows him very well for the past two-three years. Suso is keen to play regular football and hopefully Milan could offer him more than Liverpool.

Suso spent last season on loan at La Liga side Almería. He displayed impressive football in his 33 league appearances.

Liverpool signed him from Spanish club Cadiz in 2010 but gave him only 14 chances in the Premier League so far.

Recently, he returned from his injury but is yet to feature for the Reds.