Watch Premier League Highlights: Arsenal 4 – 1 Newcastle United: Arsenal gave Alan Pardew side a blow after beating by four goals to one at the Emirates Stadium.

Arsenal gave Alan Pardew side a blow after beating by four goals to one at the Emirates Stadium. 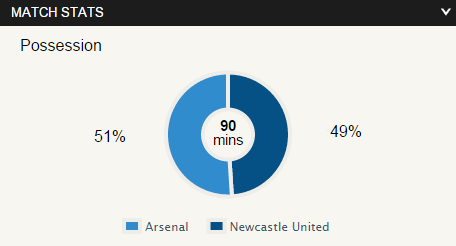 Newcastle United were full of confidence before the game as they ended the unbeaten run of Chelsea last weekend. But failed to earn a point from today’s game.

Olivier Giroud broke the deadlock on the 16th minute of the game with a header on Alexis Sanchez cross. It could be the second goal if defender Per Mertesacker had scored the goal rather than hitting the cross bar from Santi Cazorla’s corner kick earlier in the game.

The Gunners dominated the first half but ended with only a goal lead. Sanchez made another assist on the 53rd minuted when Caozrla left footed shot gone directly in the right bottom corner.

Match had almost half an hour remaining when the Magpies scored their first goal, thanks to Ayoze Pérez for the only goal.

Cazorla celebrated his 30th birthday in style as he scored another goal which was from the spot just few minutes before the 90th minute.

Arsenal looked much improved after their last weekend's poor performance against Stoke City, but the Newcastle side suffered a defeat even after having a high confidence. 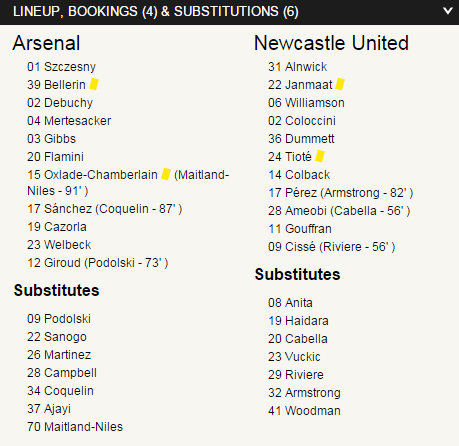 The Gunners keep their sixth spot and are now two points away from the Champions League place. While Newcastle remain on their seventh place but could move down depending on tomorrow’s games.

Premier League: Watch all goals below.

For mobile visitors: Watch in landscape