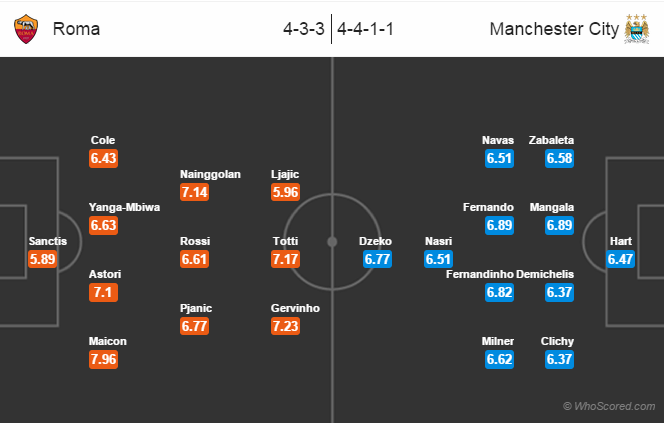 Team News:
Roma duo Miralem Pjanic and Gervinho are expected to feature in this crucial fixture despite of their minor injuries. While Leandro Castán is the only player who will miss due to an injury.

Only Bayern Munich have secured their spot for the next round while the other three are still hoping from their last game tonight. CSKA Moscow is likely to lose tonight’s game against the German giants Bayern Munich. While a side who wins between Roma and City are going to secure their spot.
.