Liverpool will host Switzerland side Basel tonight in the last group game of the Champions League campaign. 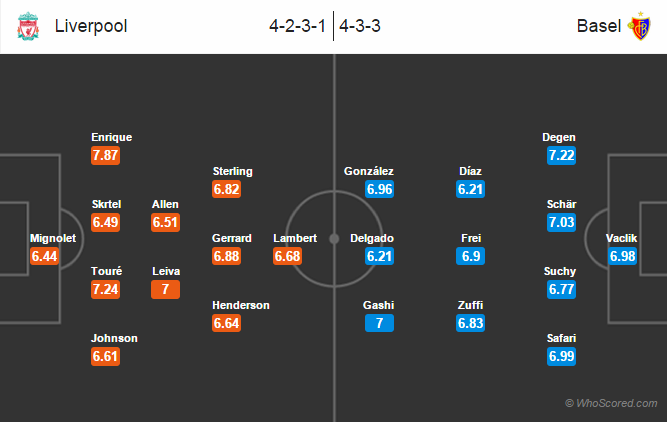 Team News:
Liverpool skipper Steven Gerrard who was rested in the last game against Sunderland will be back tonight to face the Swiss side.
Striker Mario Balotelli is still out with a groin injury. Rickie Lambert is likely to keep his starting place with Italian striker Fabio Borini on the bench as a back-up.
French defender Mamadou Sakho will not be rushed after returning from his thigh injury.

Meanwhile for the away side, Marco Streller, Ivan Ivanov and Giovanni Sio all are set to miss this game. However, Sio might take a part.

A must win game for the Liverpool side else they will fail to qualify for the next stages. A draw would be enough for Basel to ensure their next round spot. While on the other side, Real Madrid who have qualified for the knockout stage will play PFC Ludogorets Razgrad.