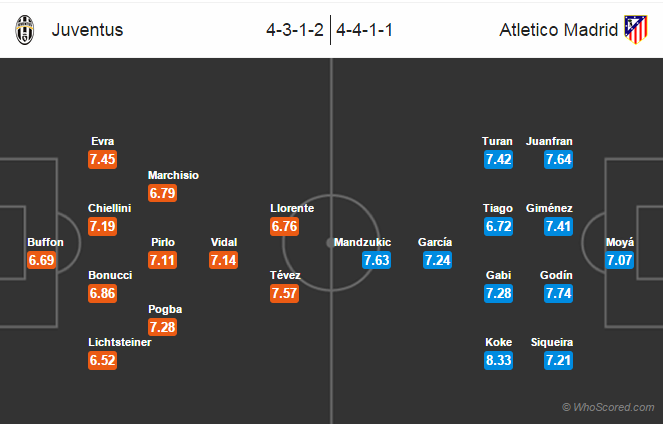 Team News:
Italian side Juventus will be without Andrea Barzagli, Kwadwo Asamoah and Martín Cáceres but Simone Pepe could make a return tonight.
Striker Carlos Tevez is expected to be back in the starting eleven after resting out in a draw against Fiorentina.

Meanwhile for the Spanish side Atlético Madrid, defenders Miranda and Cristian Ansaldi both are out with their respective injuries.

The away side have already secured their place in the next round but both of them have not secured their current spots. However, it will be too difficult to snatch their sports due to goal difference. A win for Juventus can only take them to top if they finish the game with a difference of seven goals.