Galatasaray will host Premier League side Arsenal in the last group game of the Champions League tonight. 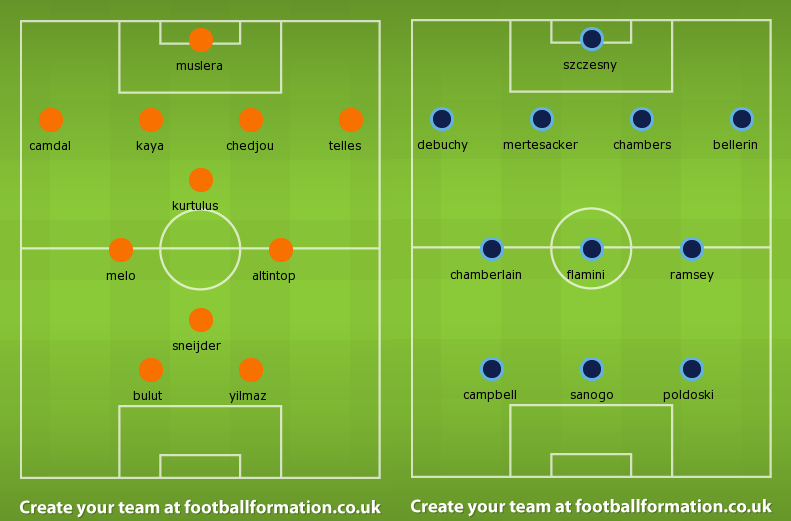 Team News:
Galatasaray midfielder Blerim Dzemaili is set to miss this game with injury while Selcuk Inan has to suffer his suspension.

Meanwhile, the away side are full of injured players and Arsenal boss Arsene Wenger will give a change to the new players as they have already secured the spot.
Alexis Sanchez and Laurent Koscielny both are rested while Olivier Giroud is ineligible to play as he was not registered for the group stages.
Summer signing Mathieu Debuchy is back and is likely to take his right-side role in the defence.
Mesut Özil, David Ospina, Jack Wilshere and Abou Diaby are all out with their injuries.

A win for the home side will not secure their spot for the next round, even they cannot get the third spot. While Arsenal's win might take them to top depending on the other game between Borussia Dortmund and Anderlecht.