Three Players that Arsenal should look for

Arsenal have been eyeing several players for the January window but have not shown any serious interest. From goalkeeper to striker, they have been linked with all of them. 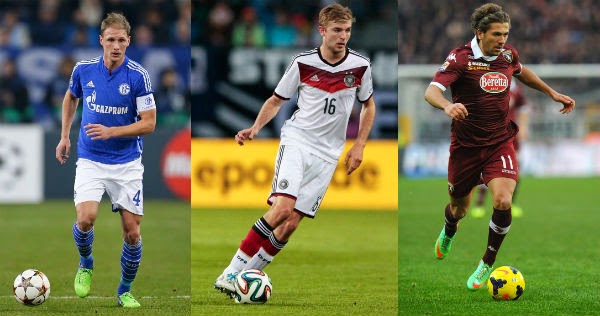 Below are the three players that Arsenal boss Arsene Wenger should really think about.

Benedikt Howedes
The World Cup winner has been linked with the Gunners, recently. The Schalke skipper should be eyed seriously as he has enough quality to be at Arsenal. He will not even cost that much as compared to other targets including Mats Hummels.
Also, Real Madrid are reportedly targeting him.

Christoph Kramer
Despite of being targeted by several top sides including Manchester United and Real Madrid, The Gunner’s boss should really go for this talent. His club Bayer Leverkusen has valued him around £8million only, which is already a fine price tag for the 23-year-old.
The German is currently on loan at Borussia Mönchengladbach.

Alessio Cerci
Arsenal don’t really need an attacker but still the Frenchman has shortlisted many players, among them one is Alessio Cerci who is struggling to get time at Atletico Madrid. The 27-year-old Italian had a wonderful last season at Serie A side Torino but the La Liga outfit Atletico Madrid have yet to make the most of him.