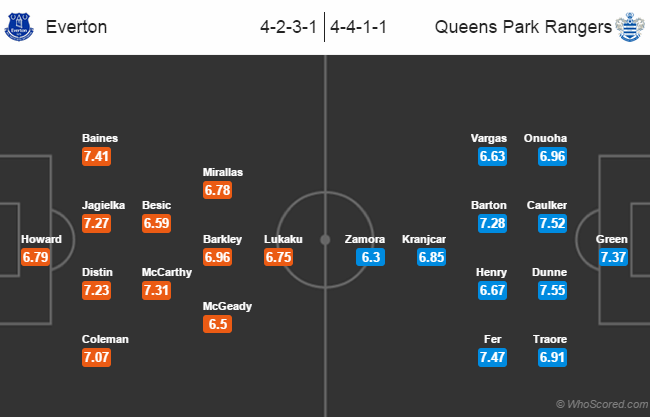 Team News:
Everton
Everton young defender John Stones is expected to make a return tonight from his ankle injury.
James McCarthy and Steven Naismith are also doubtful for this game with a hamstring injury along with former Manchester United midfielder Darron Gibson who has a knee injury.
Midfielder Gareth Barry has to suffer his suspension while Christian Atsu is out with hamstring injury.

Queens Park Rangers
QPR top scorer Charlie Austin is suspended following his red card against Burnley last weekend.
Alejandro Faurlin, Sandro and Adel Taarabt are all out with their respective injuries but Steven Caulker is expected to feature.

The away side need a point to move above the relegation zone while a win for Everton will take them at 10th spot.