Turkish side Besiktas took the first spot after beating Spurs by one goal to nil. Thanks to second half goal by Cenk Tosun. A goal was enough to snatch Spurs’ place for the Turkish side.

English side Tottenham enjoyed more possession than their opponents but in the end failed to convert it into a goal. 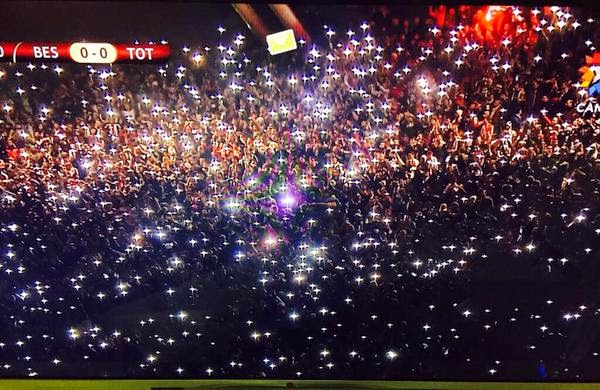 A beautiful moment was seen when the lights went down due to a power cut on the ninth minute of the game which forced the referee to stop the game.

Scorer Cenk Tosun played an exceptional game, he smashed a shot on the cross bar from 30-yards. However, two minutes later, he turned another chance into a goal.

Tosun had another golden chance when he was one on one with goalkeeper Michael Vorm but his shot hit the side-netting.

Spurs Spanish striker Roberto Soldado disappointed once again, he missed the chances and let the host enjoy in the end.

On the 88th minute, the lights went off once again and the referee had to stop the game for a while.

When the problem was resolved, Besiktas kept their lead for the last two minuts that took them to the top of the group.