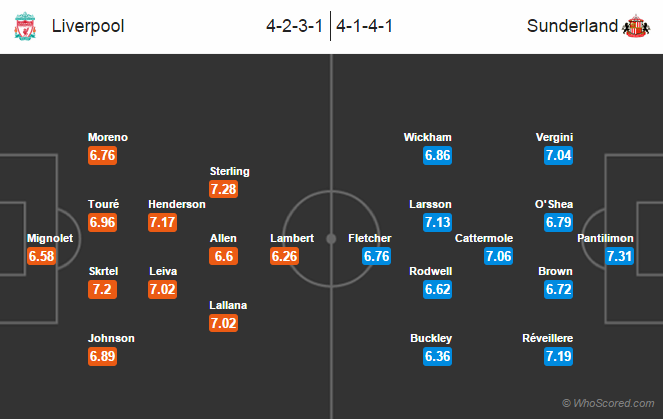 Team News:
Liverpool boss Brendan Rodgers is likely to give Steven Gerrard a bench today as Champions League game is coming on Tuesday against Basel and only a win can take the Reds to the next round.
Brazilian Philippe Coutinho who suffered a knee problem in the midweek is back but might be rested.

While for the away side, Wes Brown and Adam Johnson are back from their injuries and will be in the line-up against the Reds. Striker Steven Fletcher is a doubt for this clash.
Centre-back Sebastian Coates is ineligible to play against his parent club.