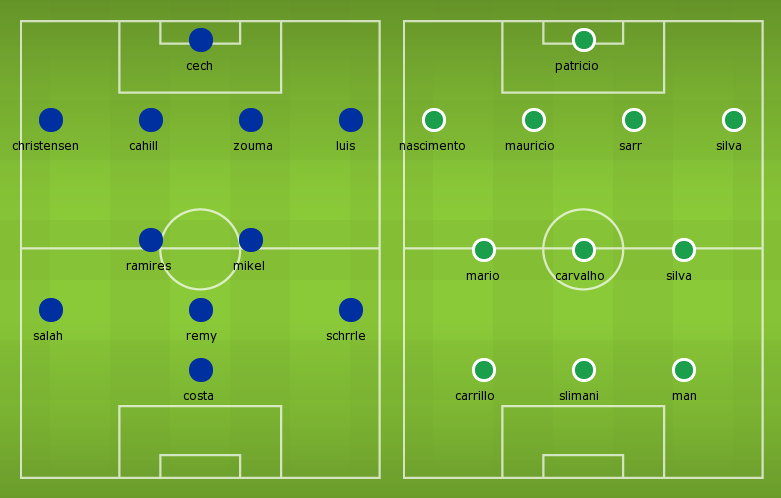 Team News:
Chelsea will be without John Terry, Willian and star attacker Eden Hazard as the boss  Jose Mourinho has decided to give them a rest. But Diego Costa will start despite of a minor fitness issue.Also, the Blues manager has added a teenager Ruben Loftus-Cheek in the squad for tonight’s clash.

For Sporting Lisbon, star winger Luis Nani is expected to miss due to a thigh injury. While Cédric Soares is suspended for this game.

Sporting Lisbon have not secured their spot, a draw would be enough for them to ensure their place in the knockout stages. The Portuguese side have only qualified once in the history of Champion League.