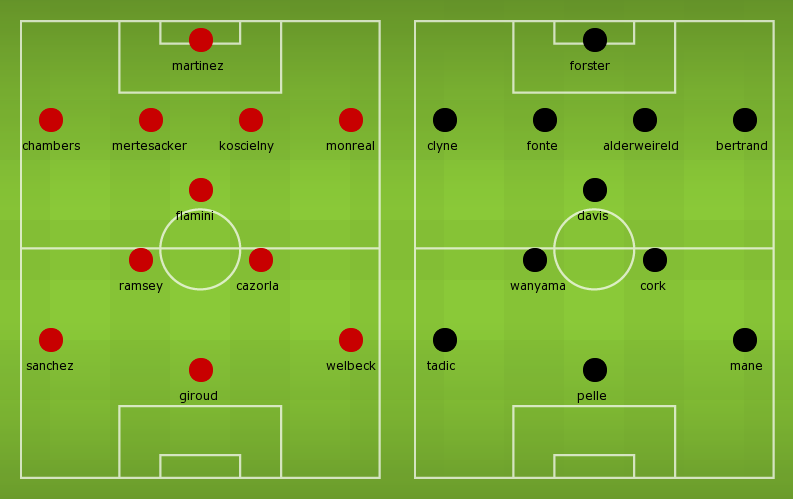 Team News:
Arsenal continue their struggle with the injured players as there is no player returning from tonight’s clash against the Saints.
Mesut Özil, Mathieu Debuchy, David Ospina, Abou Diaby, Mikel Arteta, Jack Wilshere and Theo Walcott all are out with their injuries.
Wojciech Szczesny could be on bench after returning from a rib injury. Full-backs Nacho Monreal and Kieran Gibbs and attacker Alex Oxlade-Chamberlain who all picked up injury last weekend could be missing this clash. But Yaya Sanogo is expected to be included in today’s squad.

Meanwhile, Southampton star midfidler Morgan Schneiderlin is out with thigh injury. He suffered in the last game against Manchester City.
James Ward-Prowse, Jay Rodriguez and Sam Gallagher all are set to miss this game with injuries. But Jack Cork is back from his illness is likely to feature against the Gunners.
Stats: