Manchester United will face Southampton tonight in a Premier League game at St Mary's Stadium. A win for the away side will take them above the Saints but a draw would be enough for the home side to take their third position back from West Ham United. 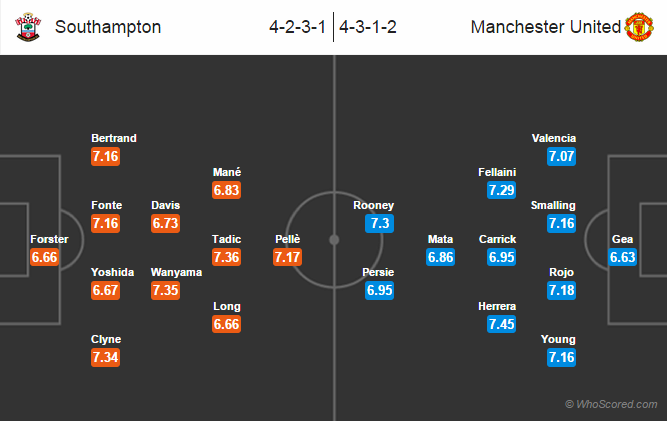 Team News:
Southampton midfielder Jack Cork will miss this clash as he is sidelined for atleast six weeks. Cork suffered an ankle injury against Arsenal in the midweek. Defender Toby Alderweireld is also a doubt with hamstring injury.
Morgan Schneiderlin, Jay Rodriguez, James Ward-Prowse and Sam Gallagher all are out with their respective problems but Dusan Tadic is back and is expected to feature.

Meanwhile for Manchester United, Wayne Rooney is fit to feature against the Saints according to the boss Louis van Gaal. But summer signing Angel di Maria is still out with a hamstring injury.
While the rest are Rafael, Luke Shaw, Jonny Evans and Phil Jones who all are still recovering from their respective injuries. 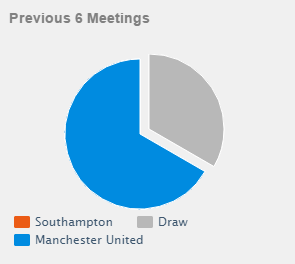