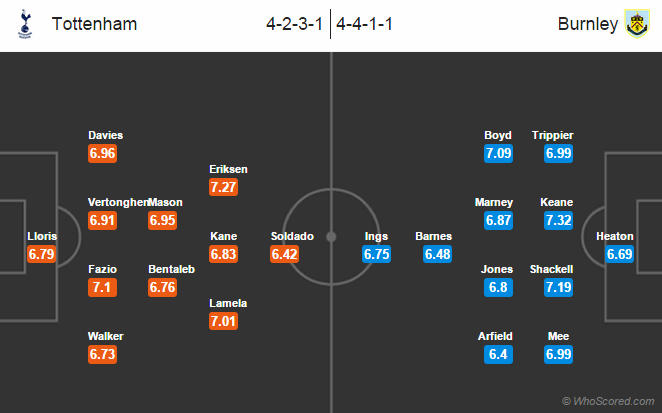 Team News:
Tottenham striker Emmanuel Adebayor is set to miss this game too as he is not match fit. The former Arsenal striker was on a leave in the recent weeks due to his personal issues.
Summer signing Eric Dier is doubt for this game despite of playing a Capital One Cup game against Newcastle United in the midweek.

Meanwhile for away side, Matthew Taylor, Sam Vokes, Stephen Ward all are out with their injury problems but Michael Duff and Ben Mee could take a part in this game. Ben Mee suffered an injury against Southampton last weekend.


Prediction:
Tottenham 2 – 1 Burnley, the away side will be having high confidence as they are coming from a win over Southampton.