Swansea City will host Tottenham Hotspurs in the 15th matchweek of the Premier League later today. 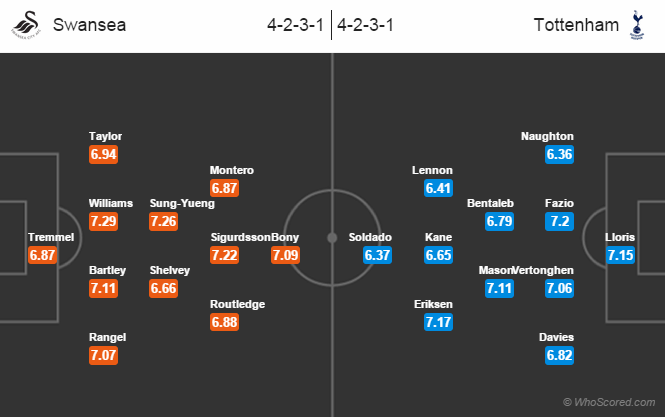 Team News:
Swansea City
Swansea City will be without Lukasz Fabianski as the goalkeeper has to suffer his suspension. Gerhard Tremmel is likely to make his first Premier League start since May.
Duo defenders Neil Taylor and Federico Fernandez both are available for this clash after returning from suspension and calf injury, respectively.

Tottenham
Spurs striker Emmanuel Adebayor will be missing once again due to person reasons. He returned to Togo in the midweek before the Europa clash.
Kyle Naughton and Kyle Walker both are expected to be back with their injures. Christian Eriksen, Harry Kane and Jan Vertonghen are set to return in the starting eleven after being rested for the Europa clash.
Stats:

A win for the away side will take them above the host. While a draw will keep the Swans above the visitors.