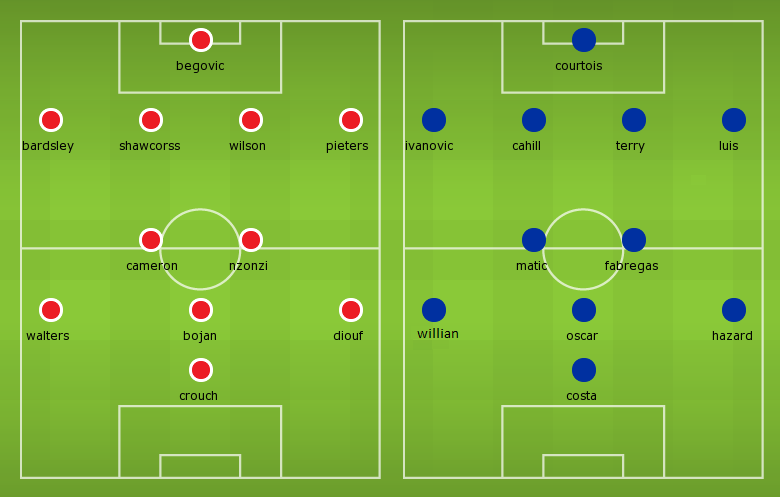 Team News:
Stoke City
Stoke City will be without Peter Odemwingie, Victor Moses, Steve Sidwell and Marc Muniesa as all of them are out with injuries.
Midfielder Stephen Ireland is a doubt for this game along with former Barcelona striker Bojan Krkić who is expected to feature.

Chelsea
Meanwhile for the away side, Jose Mourinho will start with the strongest line-up as all the first team players are fully fit to feature.
Centre-back Kurt Zouma will miss this clash with a head injury he suffered in the Capital One Cup game agasint Derby County in the midweek. While Nathan Aké remains on the sideline.
Striker Didier Drogba is doubt for this game and Petr Cech is likely to sit on the bench as Thibaut Courtois has returned from injury.