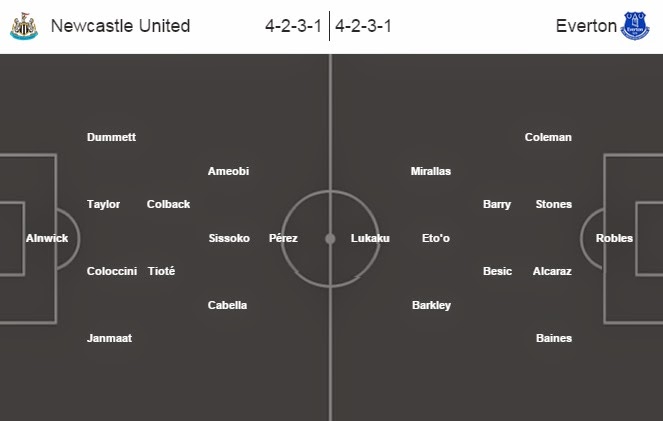 Team News:
Newcastle United
Alan Pardew might be making several changes to the starting lineup.
Cheick Tiote and Mehdi Abeid both are available for this fixture. Tiote was suspended for last game while Abeid missed with an injury.
Jonás Gutiérrez who returned after beating cancer will not feature as he is still not match fit.
While rest of the injury problems remain the same.

Everton
Everton will be without Steven Naismith who received his fifth yellow card of the season in last game.
Goalkeeper Tim Howard, defenders John Stones and Phil Jagielka have suffered minor knocks in the last game against Stoke City. Joel Robles is likely to start in goal for the first time this season.
Tony Hibbert and Leon Osman both remain on the sidelines.