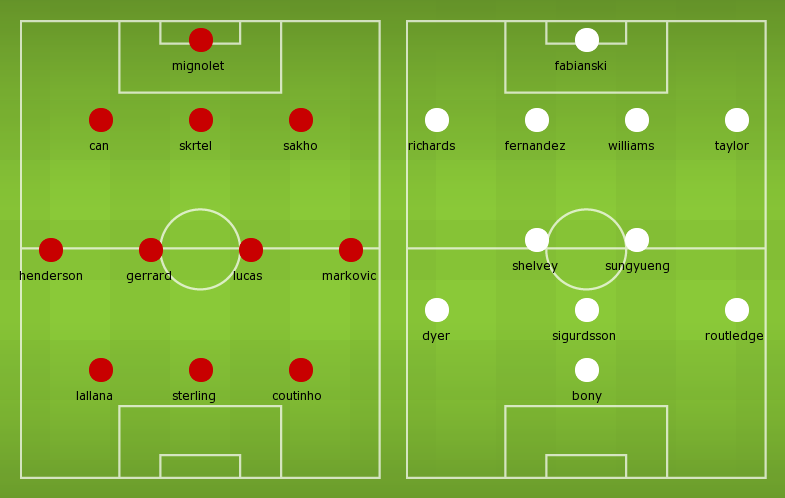 Team News:
Liverpool
Liverpool boss Brendan Rodgers continues without striker Daniel Sturridge and full-back Glen Johnson as both are still out with their injuries. While centre-back Dejan Lovren is a doubt for this game.
Goalkeeper Brad Jones who suffered a minor knock against Burnley is likely to be replaced by Simon Mignolet. While midfielder Joe Allen remains out.

Swansea City
Leon Britton is expected to feature in this clash but Jefferson Montero remains a doubt with his hamstring injury.
Montero suffered hamstring strain against Aston Villa on Firday.
Swansea manager Garry Monk is likely to start with Wayne Routledge and Ashley Richards.

Stats:
Prediction:
Liverpool 2 – 1 Swansea City, a tough entertaining game.
Liverpool win will take them to the ninth spot while Swansea will remain on their current eight place.