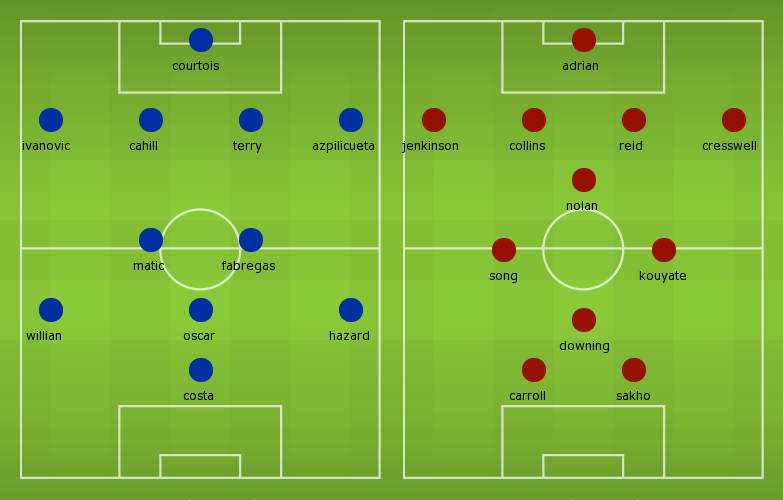 Team News:
Chelsea
Chelsea star Eden Hazard is expected to be back after picking up an ankle injury against Stoke City on Monday.
Oscar is likely to take his role back from Cesc Fabregas who played as an attacking midfielder at the Brittania Stadium. John Obi Mikel is the likely one to be replaced by Oscar which will drop Fabregas to a deeper role.

West Ham
West Ham midfielder Mark Noble is doubt for this clash due to a calf problem.
James Tomkins is also likely to miss this clash with a hamstring injury. The centre-back is likely to be rested for Sunday’s clash against Arsenal.


Prediction:
Chelsea 2 – 1 West Ham United, the away side will give a tough time to the league leaders.