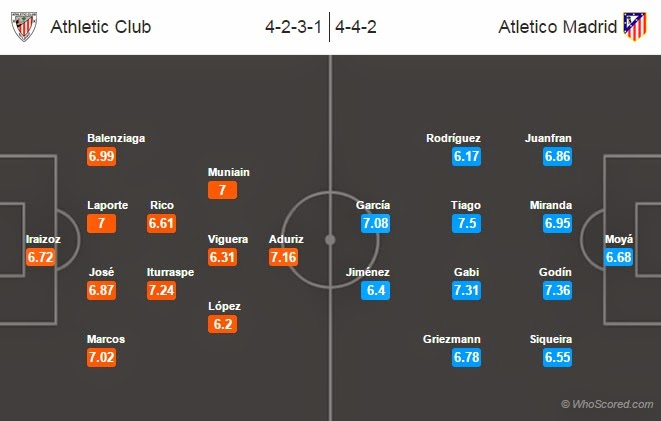 Team News:
Athletic Club
The home side will be without duo defenders Andoni Iraola and Xabier Etxeita due to their injuries. But Aritz Aduriz is likely to take his front role back after returning from injury.
Guillermo is out with a muscular injury along with Beñat.

Atletico Madrid
The visitors will be without their two first team stars Mario Mandzukic and Koke. Both the stars are suspended for this game. But Cristian Ansaldi and Alessio Cerci could return to squad.
Arda Turan is expected to be back as he has a minor flu.


A win for the visitors will keep their third spot in the League. A lose for the host could take their place away.