Barcelona will host Espanyol in the 14th game week of La Liga today in an early game at Camp Nou. A win for the home side will take them to second spot and a lose will not snatch their current place. 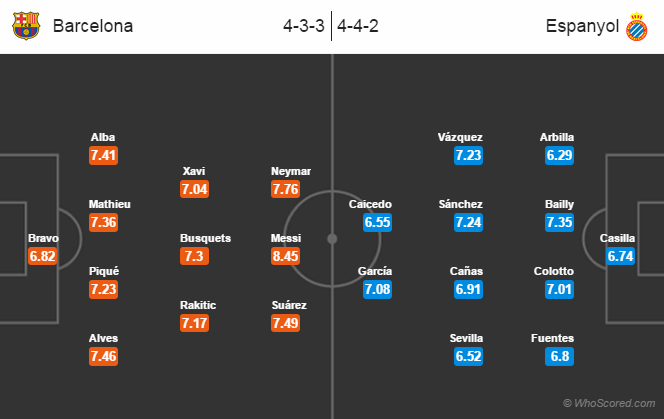 Team News:
Barcelona have a good news as Andres Iniesta and Martin Montoya have returned from injuries after missing a midweek Copa del Rey clash against Huesca. But summer signing Thomas Vermaelen remains out with an injury.
Lionel Messi who was suspended for having too many yellow cards is available as the appeal against the suspension was accepted.

Meanwhile for Espanyol, Paco Montañés is out with an injury but Víctor Sánchez and Cristian Alfonso could return.
Good news is that forward Cristian Stuani and midfielder Salva Sevilla both have returned from their respective injuries and could feature against the Catalans