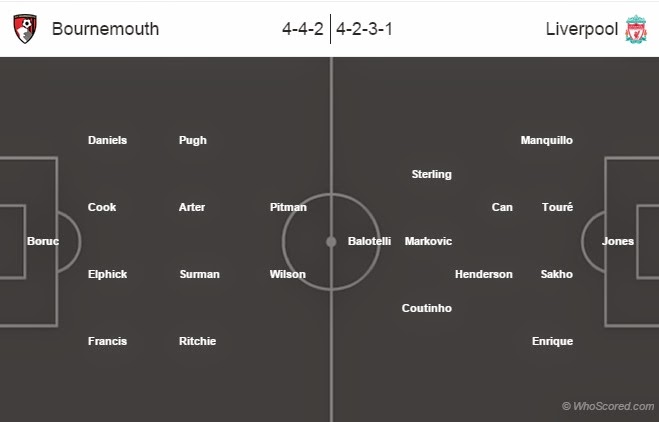 Team News:
Bournemouth manager Eddie Howe has no injury concerns which means the strongest eleven will be named against the Premier League side Liverpool.
Striker Callum Wilson is likely to start his first game for the Bournemouth in the Capital One Cup.

Meanwhile, Liverpool boss is eyeing to take the cup seriously. He will be going with his strongest side. Mario Balotelli is expected to return to line-up after his injury.
The Italian was introduced in the second half against Manchester United last weekend.
Goalkeeper Brad Jones is likely to remain in the goal. But Glen Johnson will miss with a groin injury.
Striker Daniel Sturridge, right-back Jon Flanagan, midfielder Suso all remain out with their respective injuries.