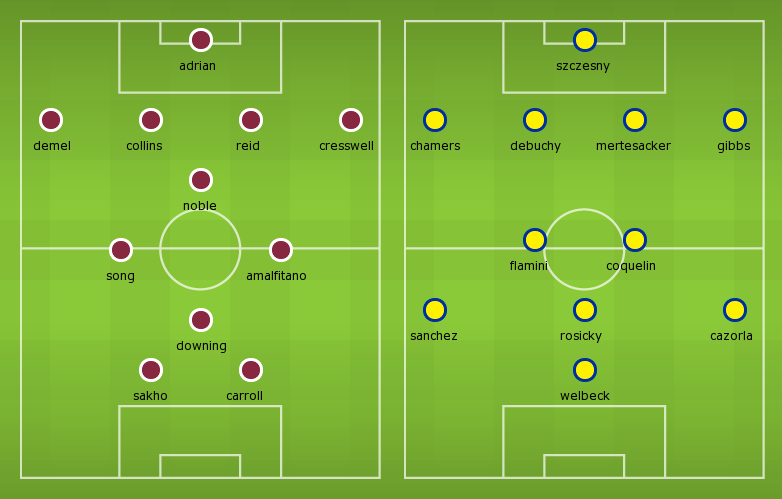 Team News:
West Ham
Arsenal
Stats:
Prediction:
West Ham 2 – 3 Arsenal. A win for Arsene Wenger’s side will take them to fifth spot. They could get the fourth spot if Chelsea win against Southampton.