Serie A outfit AC Milan are planning to swap Fernando Torres with Atletico Madrid attacker Alessio Cerci, according to Guardian. 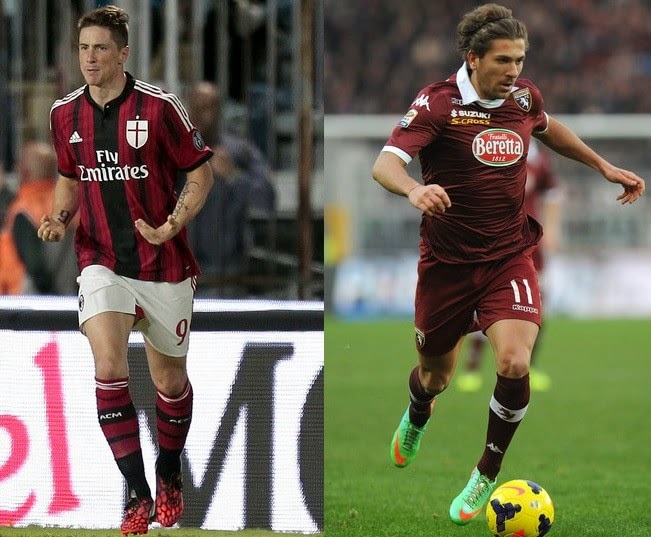 Both Fernando Torres and Alessio Cerci are struggling at their clubs and hopefully a return to their homeland might prove to be positive.

Alessio Cerci who joined Atletico in the summer is yet to find enough playing time. He was impressive last season at Torino but this season, boss Diego Simone is yet to give him enough chances. The Italian winger has not started his first La Liga game.

While Fernando Torres who is on a two-year loan at AC Milan from Chelsea has also failed to prove himself in Italy. With reports already linking him away from Italy, he might move to his boyhood club Atletico Madrid. The 30-year-old has only scored a goal for the Serie A side.

Also, Chelsea boss Jose Mourinho has already told Torres to look for another club as they have no room for the Spaniard.

Guardian reported that both the sides have started discussions over the swap move in January.

Atletico could be offloading Cerci and will be hoping to bring the old Torres back to his homeland. But Diego Simone will have to pay £150,000-a-week for the striker, which would be difficult.

While reports have also linked Torres with Liverpool and Cerci with Arsenal in the past few weeks.