Match Report: Liverpool 2 – 2 Arsenal: Liverpool managed to get a point against Arsenal, thanks to Martin Skrtle for a wonderful header at the stoppage time.

Liverpool managed to get a point against Arsenal, thanks to Martin Skrtel for a wonderful header in the stoppage time. 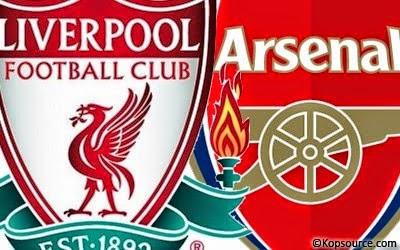 The first half was exceptional for both the sides as they both scored in the last minute of the first half.

Liverpool played very well in the first half, created chances but they failed to use Raheem Sterling as the youngster was playing alone in front of goal.

The match went goalless till the clock stroke the 44th minute when Liverpool attacker Philippe Coutinho’s shot went inside the goal with the help of a cross bar. Jordon Henderson assisted the Brazilian who found a goal after a very long time.

While Arsenal were able to equalize just after it when skipper Steven Gerrard conceded a free kick on the right side of the pitch, close to the box. Alexis Sanchez chipped it and from two to three aerial touches from the Gunners Mathieu Debuchy headed the ball into goal which had a minor touch of Liverpool centre-back Martin Skrtel. It was Debuchy’s first goal for Arsenal.

The second half started again with Liverpool the better side. However, Olivier Giroud took Arsenal above with his fine finish though the legs of Jones.

Sterling looked better in the second half on the flank as he got enough chances to display his game.

Record of scoring a goal at the stoppage time maintained between these two sides as Skrtel headed Gerrard's corner in the goal in front of the Kop and gave Liverpool a vital point in the end.

Liverpool took Everton's spot and are now on 10th place while Arsenal also took their sixth spot back from Tottenham in the Premier League table.