The Dutch manager revealed on the official United website after a win over Stoke City last night. Marouane Fellaini and Juan Mata scored the two goals to give United the vital three points.

Rooney suffered the injury after colliding with the advertising boards, he also missed the last night game.

Record summer signing Angel di Maria also missed last night game against Stoke City. He is expected to miss another game against Southampton on Monday night. Di Maria will return in few days but LVG will not rush him. 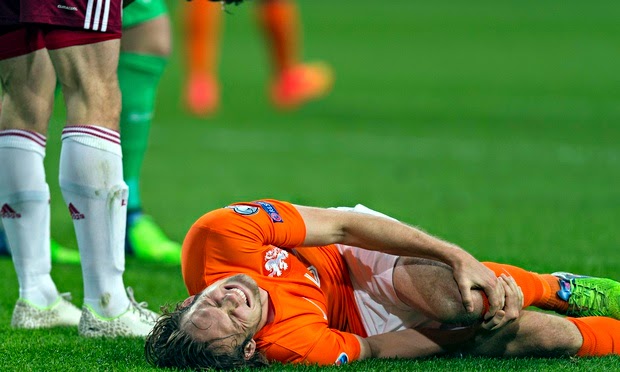 While for the midfielder Daley Blind, LVG updated that he could be playing for the first team in the start of next month. Blind suffered knee injury while on international duty last month.


LVG told that he is not a doctor but Blind is expected to be back in training at the end of this month.