Lineups have been revealed for the Premier League game between Tottenham Hotspurs and Manchester United.
l 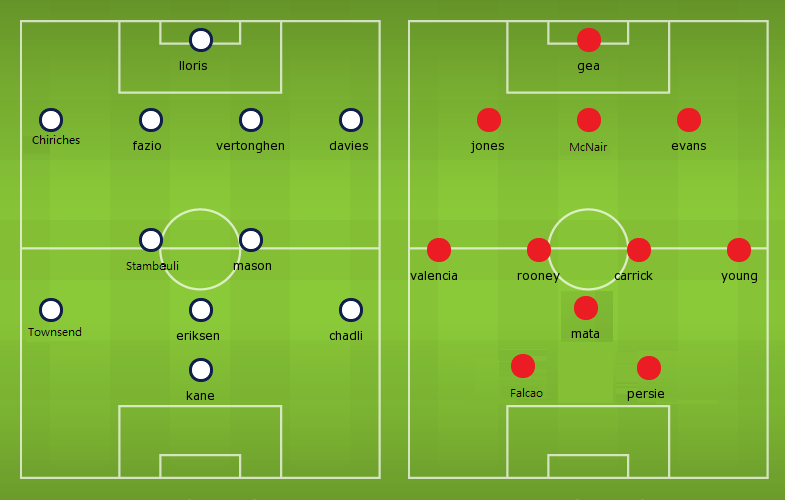 Tottenham
Tottenham start with Hugo Lloris at the back with four defenders including Vlad Chiriches, Federico Fazio, Jan Vertonghen and Ben Davies.
While Erik Lamela has been dropped out with Andros Townsed taking his position, Nabil Bentaleb was also expected to feature but Benjamin Stambouli gets the opportunity.
Young striker Harry Kane starts alone at the front behind their star player Christian Eriksen.
Nacer Chadli remain on the left-side of the midfield.


Angel di Maria will not feature as he is not in the squad. While stopper Lindegaard makes the bench after returning from injury.