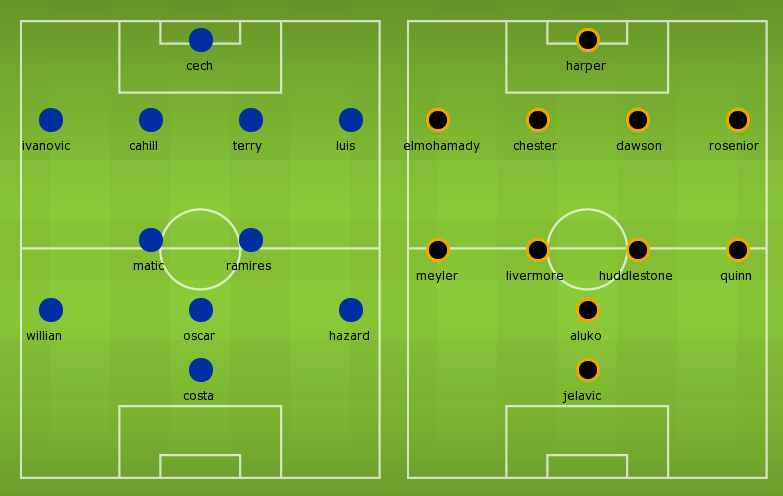 Team News:
Chelsea will be without Thibaut Courtois as the Belgian stopper suffered a minor knock during training. Petr Cech will start his first Premier League game of the season.
Summer signing Cesc Fabregas will have to suffer a game suspension.
While Captain John Terry, Willian and star Eden Hazard all will return to starting line-up after resting in the midweek Champions League game.

For Hull City, Curtis Davies is expected to feature after missing last two games for the Tigers.
Attacker Gaston Ramirez is back from his suspension, but Mohamed Diamé and Robert Snodgrass both are sidelined with their respective injuries.