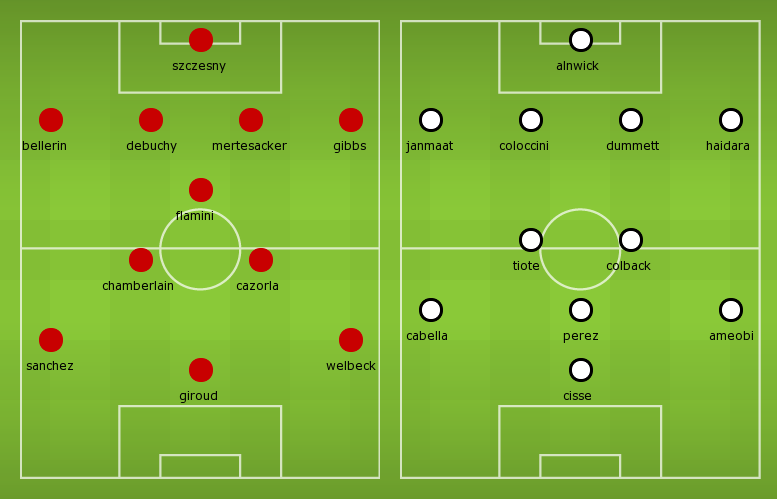 Team News:
Arsenal midfielder Aaron Ramsey will miss this fixture with hamstring injury. The Welshman is expected to be back next month.
Defenders Laurent Koscielny and Nacho Monreal both are out with calf and ankle injuries, respectively. While youngster Calum Chambers is suspended for this game.
While the rest injury list remains the same, Theo Walcott, Mesut Ozil, David Ospina, Abou Diaby, Jack Wilshere and Mikel Arteta all are out.

Meanwhile for Newcastle, skipper Fabricio Coloccini is set to start this game as he recovered from hamstring injury but Rolando Aarons continues his recovery from hamstring problem.
Daryl Janmaat is also available but Steven Taylor and Moussa Sissoko both are suspended for this match.

Both the sides are currently with equal points, a win for the away side will take them above the host while a draw would be enough for the Gunners to keep the visitors behind.