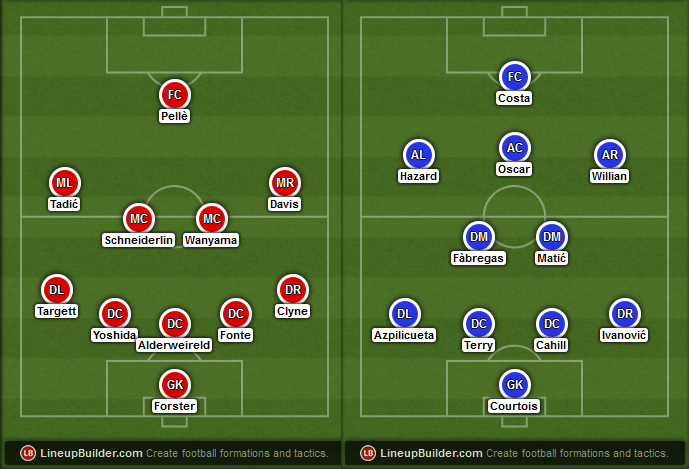 Southampton
Southampton will be without trio Jay Rodriguez, Sam Gallagher and Jack Cork once again. But Jake Hesketh is in doubts for this clash means could make a return.
While full-back Ryan Bertrand is ineligible to play against his parent club.

Chelsea
Chelsea boss Jose Mourniho has a fully fit squad to choose from. He will start with the same team as of last game against West Ham United.


Prediction:
Southampton 2 – 1 Chelsea, the home side have been in worst form but they will manage to pick up three points to make the Premier League table tougher.