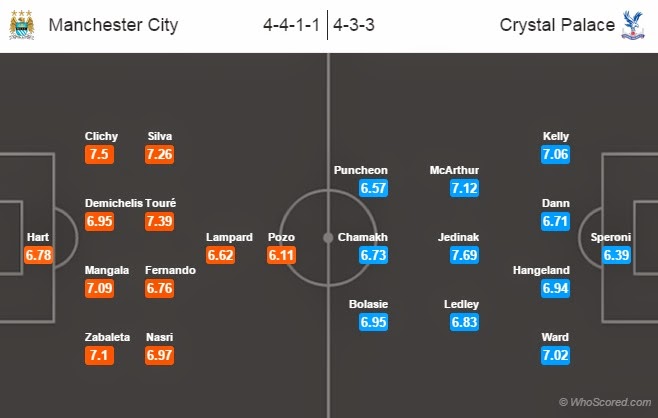 Manchester City will continue without their star striker Sergio Aguero who is still recovering from injury. Centre-back Matija Nastasic is also out.
Strikers Edin Dzeko and Stevan Jovetic both are doubtful for this clash along with skipper Vincent Kompany.


Prediction:
Manchester City 2 – 0 Crystal Palace, the Citizens are back on track. They are three points away from top position which is currently acquired by Chelsea.
A lose for Palace will keep them at their current spot.