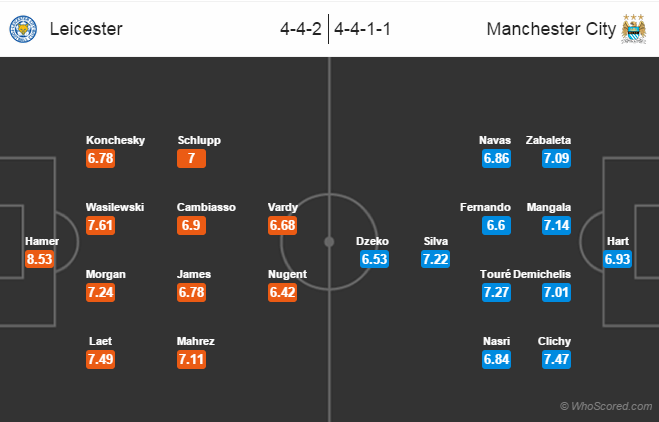 Team News:
Leicester City will be without their goalkeeper Kasper Schmeichel who is out for six weeks after suffering a metatarsal injury.
Ben Hamer will take the Schmeichel’s role for this month only as manager Nigel Pearson will sign a new stopper in January.
Dean Hammond, Leonardo Ulloa and Matt Upson all are out with their injuries but Captain Wes Morgan and Ritchie De Laet return from suspension and illness, respectively.

Meanwhile, centre-back Vincent Kompany is likely to start from the bench. The Belgian was also rested in the midweek Champions League game against Roma.
David Silva is expected to return to the line-up after returning from knee injury. Striker Sergio Aguero is the only major concern for City as the Argentinean is out with knee injury.