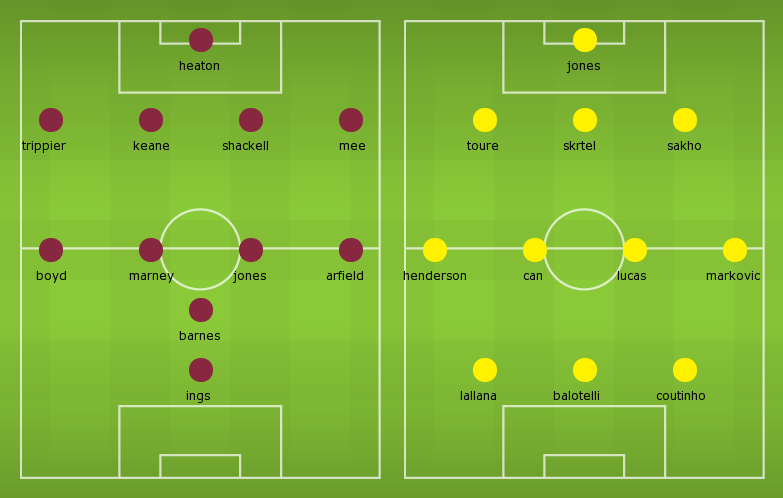 Team News:
Burnley
For the home side, duo Matthew Taylor and Stephen Ward are going to miss this game with injuries but Michael Duff could make a return from his calf injury.
The starting line-up is likely to be same as of last game against Tottenham.

Liverpool
Liverpool full-back Jon Flanagan has returned to training but is not match fit yet.
Trio Suso, Dejan Lovren and Joe Allen are doubtful for this game but Fabio Borini will miss due to a suspension.
Skipper Steven Gerrard and star attacker Raheem Sterling are likely to be rested.
While Daniel Sturridge and Glen Johnson remain out with their injuries.