Almeria will host Spanish giants Real Madrid in a La Liga fixture tonight. Real Madrid will probably keep their first spot after this game while Almeria are hoping to keep away from the relation zone. 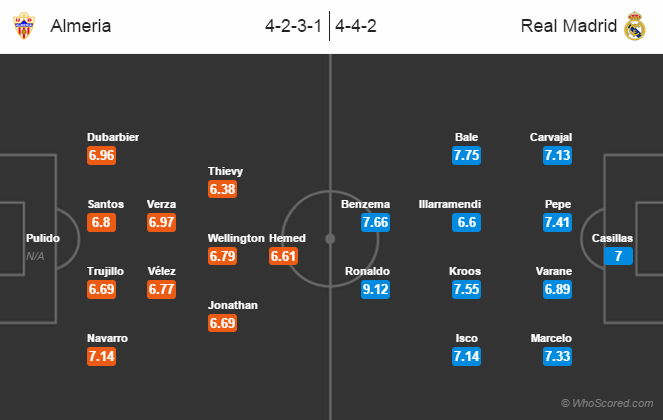 Team News:
Almeria owners have appointed new boss Juan Ignacio Martinez as they sacked Coach Francisco few days ago.
The new manager will have to play his first team without defender Fran Velez.

While for the Spanish giants, midfielder Luka Modric remains sidelined due to the injury he suffered last month. He is expected to be back in the mid of January.
World Cup winner Sami Khedira who struggled in the start of the season to get the line-up has once again suffered an injury. While attacking midfielder Isco returns from suspension. 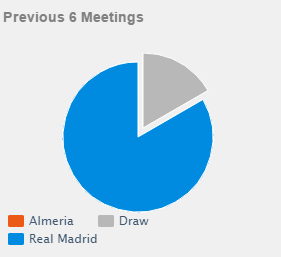