Confirmed Lineups: Liverpool vs Burnley: Lineups have been revealed for the coming game between Liverpool and Burnley which starts at 3 pm GMT.

Lineups have been revealed for the coming game between Burnley and Liverpool which starts at 3 pm GMT at Turf Moor. 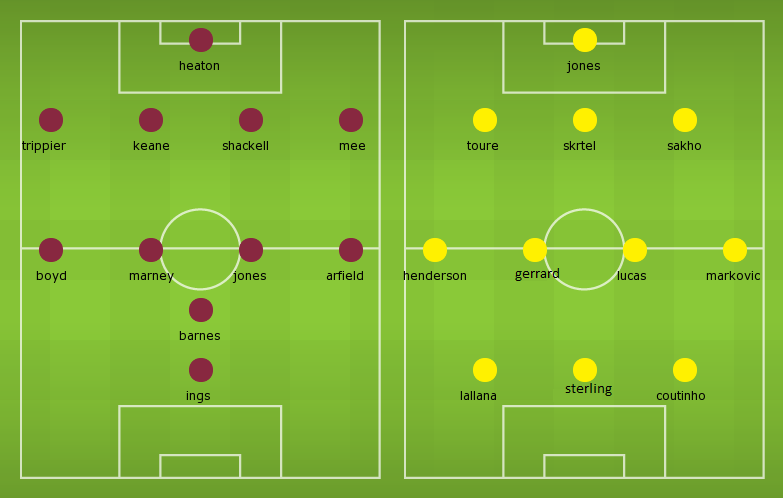 BURNLEY
Burnley starts with the same lineup as predicted by Football News Guru.
Tom Heaton in the goal with Kieren Trippier and Ben Mee at the full-back positions and Michael Keane and Jason Shackell at the heart of defence.
Dean Marney, George Boyd, David Jones and Scott Arfield in the midfield behind the attackers Ashley Barnes and Danny Ings.

LIVERPOOL
The Reds boss Brendan Rodgers names the same lineup as of last game against Arsenal.
Goalkeeper Brad Jones starts once again ahead of Simon Mignolet while three defenders Kolo Toure, Martin Skrtel and Mamadou Sakho starts in the defense with the support of two wing backs Jordan Henderson from the right side and Lazar Markovic from the left side of the field.
Steven Gerrard along with Lucas Leiva in the centre of the midfield.
Philippe Coutinho and Adam Lallana starts along with  Raheem Sterling who will once again play as a lone striker.