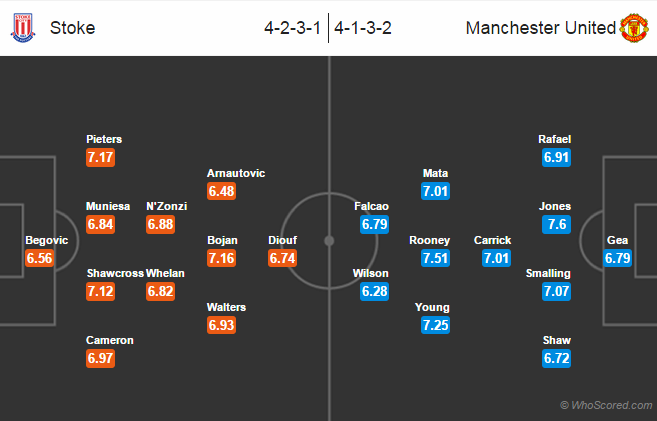 Team News:
Stoke
Mark Hughes will start with the same lineup as of last game, the lineup has proved to be best at the moment.
Bojan Krkić who has been a great player for the Potters is doubt for this clash with a minor knoch he suffered against West Brom.
Jonathan Walters and Peter Crouch are likely to start this game. Charlie Adam could be back in the squad.
Peter Odemwingie, Victor Moses, Steve Sidwell and Phil Bardsley all remain out.

Manchester United
Louis van Gaal is likely to introduce Rafael in place of Antonio Valencia who sustained a groin injury.
Robin van Persie is likely to be rested after playing in the recent games.
Summer signings Ander Herrera and Angel Di Maria both remain a doubt.