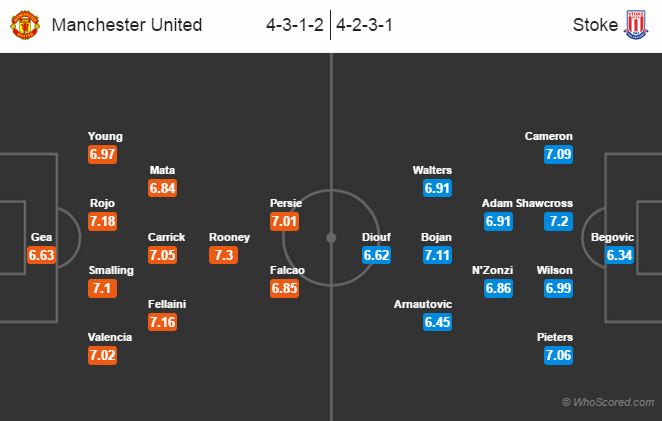 Team News:
The Red Devils will be without their record signing Angel di Maria who sustained a hamstring injury last weekend against Hull City.
While the injury list remains the same, nothing have been updated on the injured players.
Captain Wayne Rooney is expected to start along with the Dutchman Robin van Persie. And on loan Colombian striker Radamel Falcao could again get few minutes from the bench.

Meanwhile, away side Stoke City will be without Steve Sidwell who is sidelined for more than a month with a knee injury which he picked up in the Saturday’s game against Liverpool at Anfield. Glenn Whelan also suffered a calf injury against Liverpool.
While the rest injury list for the away side includes Victor Moses, Dionatan Teixeira, Peter Odemwingie who all are out with their injuries but Phil Bardsley is back from his illness. 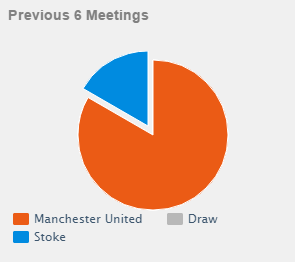 Prediction:
Manchester United 1 – 1 Stoke City, a tough game for the home side.