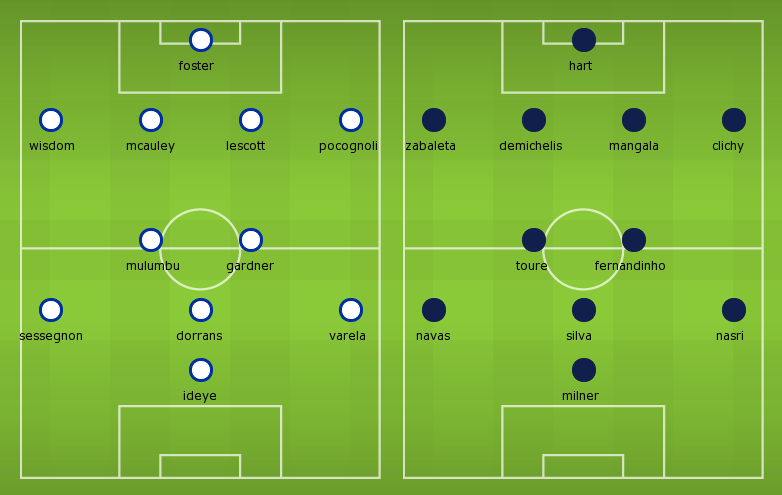 West Brom
The home side will be without defender Jonas Olsson while midfielder Chris Brunt and striker Victor Anichebe are doubtful for this clash.
Brown Ideye is likely to start once again with Saido Berahino on the bench.

Manchester City
Trio strikers Sergio Agüero, Edin Dzeko and Stevan Jovetic are all out with their respective injures but Jose Pozo is a doubt with illness.
Skipper Vincent Kompany and youngster Matija Nastasic both remain on the sidelines.


Prediction:
West Bromwich Albion 1 – 2 Manchester City
The away side are three point away from the league leaders Chelsea who will play West Ham United in an early game today.