Premier League outfit Arsenal are set to splash £6million on Saint Etienne captain Loic Perrin, according to the Telegraph. 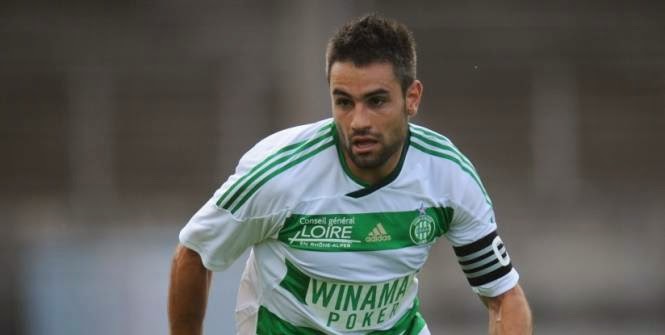 The Telegraph reported earlier that Arsene Wenger has set his eyes on Loic Perrin who could leave the French side for the Gunners next month.

It is already on the news that Arsenal boss Arsene Wenger wants to make a defender as his first summer singing and the Gunners have been in link with several defenders for the past few weeks.

Perrin can solve Arsenal issues as he is a versatile player. He can be used as a centre-back or a defensive midfielder and Wenger is eyeing players for both the positions.

The 29-year-old is an experienced player he has made more than 200 appearances for St Etienne in Ligue one.

However, St Etienne are expecting him to stay in France, but reports believe that Arsenal could be his next destination.

Perin has received only two yellow cards in 17 games so far this season in all competitions.


Also, Reports revealed that West Ham United’s defender Winston Reid could move to Arsenal for a cheap price around £4million as his contract expires next month and the Hammers are not meeting his contract demands.