Gunners join Manchester United and Chelsea in the race to sign Silva: Premier League clubs are ready to fight for Cruzeiro midfielder Lucas Silva as the hotshot is impressing day by day.

Arsenal have also joined the race to sign the Cruzeiro player Lucas Silva according to Daily Star.

Brazilian midfielder Lucas Silva is similar in style with the former AC Milan attacker Ricardo Kaka. The 21-year-old is also famous with a name of “the new Kaka”.

Manchester United and Chelsea were already in the race along with Spanish giants Real Madrid who are planning to wrap up the deal as soon as the window opens next month. 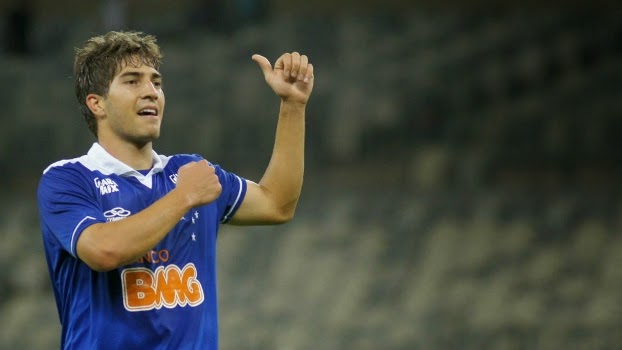 The South American has been strongly linked with a move away from his side Cruzeiro. Reports have claimed that the Brazilian outfit has put a £12million price tag on their star player.

Also from the reports, United are in advanced position as they have sent the officials to follow him.

While Arsenal boss Arsene Wenger is planning to fight for the Brazilian as he is ready to offer soon. Arsenal are desperate to land a midfielder in the coming window, having been in link with numerous names since the summer. Moussa Sissoko is also the new player shortlisted by the French manager.