All-Time Greatest AC Milan XI: Maldini, Kaka, Nesta are present but no Pirlo and Inzaghi. Nesta played 10 years at Milan and made more than 300 appearances.

AC Milan have been struggling for the past few years, but they are still considered as one of the top clubs in the World. They have won seven Champions League trophies, only Real Madrid have won more than the Italian side. 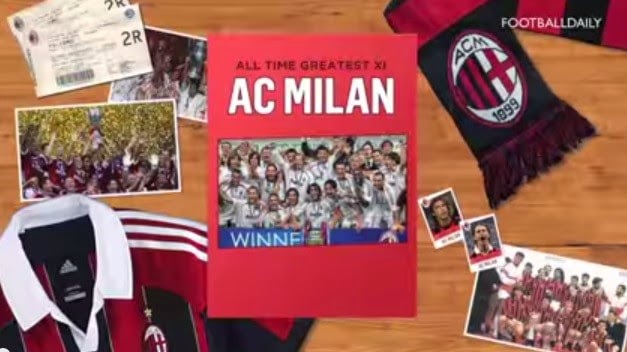 Below is the all-time greatest AC Milan eleven.

Right-Centre-Back: Paolo Maldini
Maldini, one of the best right-back in the history of football made more than 900 appearances in his 24 year of spell at San Siro.

Centre-Back: Franco Baresi
Franco Baresi made 719 appearances for AC Milan during his 20 years of stay at San Siro.

Right-Winger: Gianni Rivera
From 1960 to 1971, he spent his football career at Milan. He played more than 500 games before announcing retirement.

Right-Centre-Midfielder: Ruud Gullit
Gullit made around 180 appearances in his two spells at San Siro. He scored 59 goals.

Left-Centre-Midfielder: Nils Liedholm
Liedholm who died in 2007 made 394 appearances during his 12 years at Milan.

Left-Winger: Kaka
Kaka also spent two spells at Milan from 2003-2009 and then after returning from Real Madrid in 2013. Currently, he is playing for Brazilian side Sao Paulo. The 32-year-old made more than 300 appearances.

Striker: Marco van Basten
Van Basten scored 124 goals in 210 appearances for the San Siro side in his eight years of spell.