Find out where your team stands in the Premier League calendar year 2014.

Taken from BBC. Find out who finish where in the Premier League calendar year 2014. The table consists of 17 teams, it does not include relegated or promoted sides.

BBC have calculated the points from second half of last season and the first half of current season to make a full Premier League table for the 2014 year.
The table consists of 17 teams, it does not include relegated or promoted sides.

Below is the table of Premier League for the calendar year 2014. 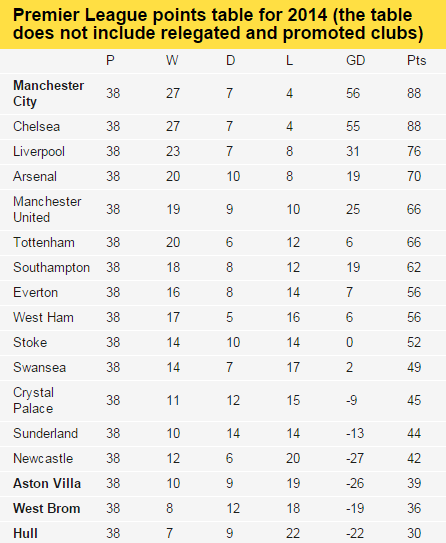 Manchester City wonn the league with just a goal difference from current leaders Chelsea. While Liverpool got the third spot just because of their last season’s performances while Arsenal finished on their favourite fourth spot.

Manchester United got the fifth with the wonderful performances this season under Louis van Gaal.

Aston Villa, West Brom and Hull City all relegated after being in the bottom three. Hull have 30 points same as of Cardiff City who got relegated last season.

Crystal Palace who are currently in relegation zone are safe in the calendar year table due to former manager Tony Pulis. Only seven teams earned more points than the Eagles in the second part of last season under Pulis.

Below are some statistics of the players form the year 2014. Players from relegated and promoted sides are not mentioned. 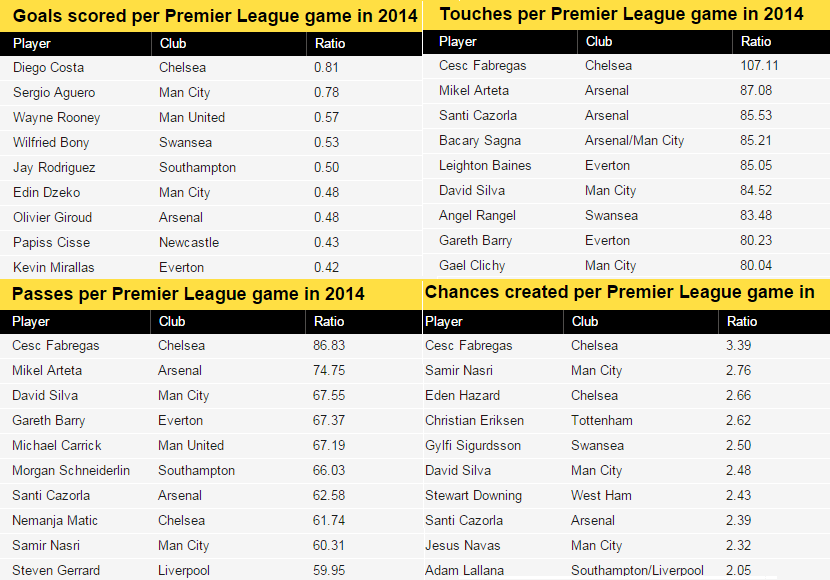 Where did your team finish?
Have your say below.