Stoke City are set to host another top side after losing to Manchester United in the midweek. The Potters will host Arsenal who are on sixth place in the Premier League.
Kick-off: Saturday 15:00
Venue: Britannia Stadium
Referee: Anthony Taylor 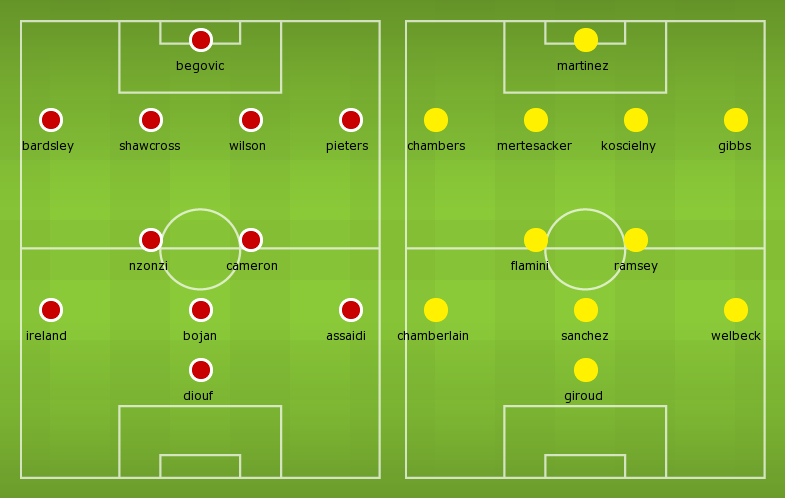 Meanwhile, Arsenal have a long list of injured players. Nacho Monreal is out with ankle injury but Kieran Gibbs is back.
Laurent Koscielny and Wojciech Szczesny are expected to be back but Yaya Sanogo and Tomas Rosicky are out along with the same injured names Mikel Arteta, David Ospina, Mesut Ozil, Abou Diaby, Mathieu Debuchy, Jack Wilshere and Theo Walcott.