Nabil Fekir will only leave Lyon for Arsenal

Lyon midfielder Nabil Fekir will only leave France for Premier League side Arsenal, according to his father Mohamed Fekir. 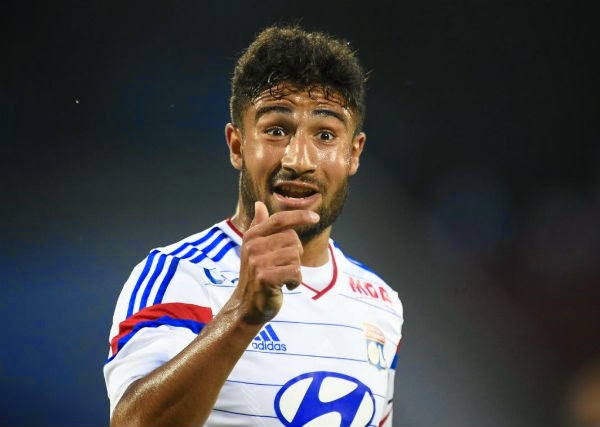 His father publically told that his son wants to play for Arsenal and wants to work with Arsene Wenger else he will stay at Lyon.

Arsenal boss Arsene Wenger has reportedly targeted Nabil Fekir for the upcoming transfer window. The Ligue 1 star is showing impressive game, he has scored 7 goals in 15 games so far this season. Intotal, he has scored 8 goals in 35 appearances since his move last year.

Lyon will not block his move as they are struggling financially. They will accept the offer around £8 million for their 21-year-old star. Reports have also claimed that Manchester City are also keeping tabs on him.

He himself has also admitted that he would prefer a move to Arsenal over Manchester City to work with manager Arsene Wenger.

While his father Mohamed Fekir told French publication Le Parisie about his French-Algerian son: “Nabil would like to finish first or second and play Champions League football with Lyon.”

Lyon are currently on second spot, they can even win the title this season so Champions League will not be a matter for him as he is likely to get in France.

He further added: “If he leaves, it will be for Arsenal. It is the only club that can enable him to progress, with Arsene Wenger. He will not go to Manchester City to sit on the bench.”

His father believes that Arsenal can make his son a better player, he knows that Wenger will give him a chance and will help him.