English outfit Manchester United are set to complete the move of Benfica duo Enzo Perez and Nicolas Gaitan next month, according to Daily Star.

English outfit Manchester United are planning to offer Benfica for their duo Enzo Perez and Nicolas Gaitan next month, according to Daily Star. 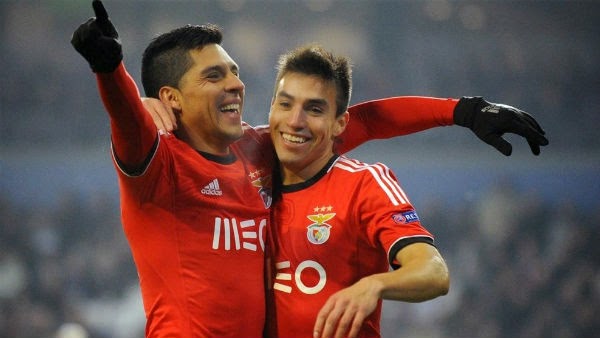 Enzo Perez has already been on United’s radar but Nicolas Gaitan is the new addition to United’s transfer list.

Perez who played the final for Argentina in the World Cup is reportedly a strong target of van Gaal. The 28-year-old can solve the midfield problems for the Premier League side. Perez arrival might means Marouane Fellaini’s departure.

While Nicolas Gaitan who plays on the left wing is also capable of playing behind the striker. However, his first team place is not guaranteed at United with so much talented attacking midfielders in the squad he will have to work very hard.

United spent around £150million in the summer on new faces are hoping to splash in the coming window also. Reports are claiming that United are planning for a combined fee of £50million for the Benfica pair.

These both would be a great addition for the Red Devils.