Premier League sides Tottenham Hotspurs and Newcastle will go head to head in the quarter final round of Capital One Cup tonight. 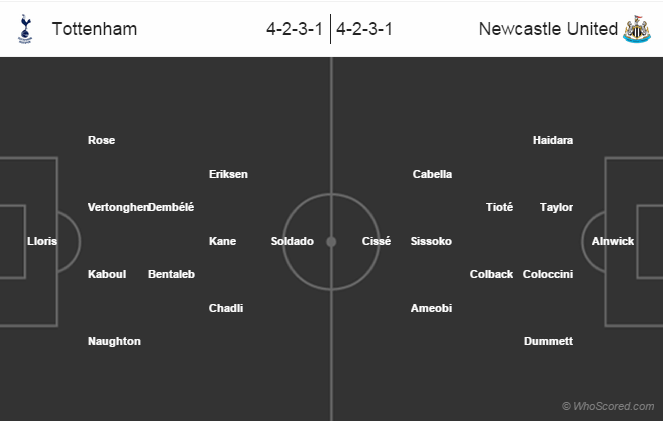 Team News:
Home side manager Mauricio Pochettino will once again start with Roberto Soldado as Emmanuel Adebayor is not fit for the game.
The former Arsenal star was on a leave for personal reasons in his homeland. He has returned but is not fit for this game.
Full-back Kyle Walker is likely to be rested as he has played twice last week. Eric Dier is the only player who could miss with an injury.

Meanwhile, away side have lot of injury worries Davide Santon, Rolando Aarons, Siem de Jong, Tim Krul, Gabriel Obertan, Robert Elliot, Mehdi Abeid and Ryan Taylor are all out with respective injuries while Daryl Janmaat is suspended for this game.
Good news is that Steven Taylor and Moussa Sissoko both have completed their suspension and are no available to play.