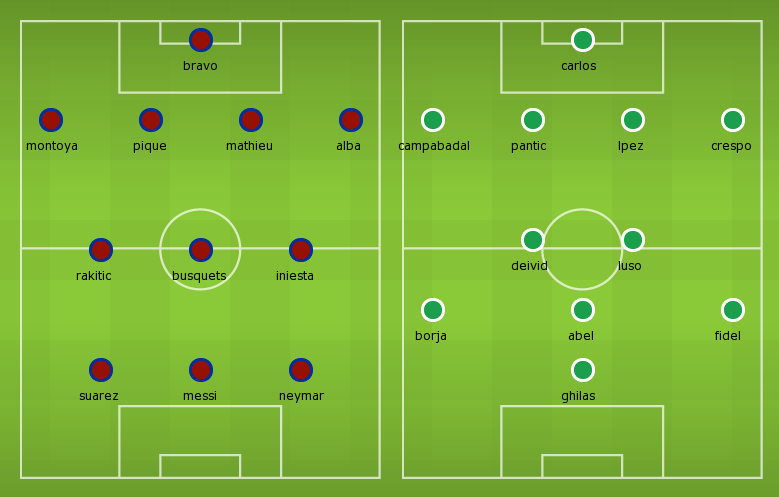 Team News:
Barcelona
Brazilian star Neymar is set to return after missing out the last week with an ankle injury. Spaniard Pedro is likely to lose his place.
While full-back Dani Alves remains a doubt for this clash, Martin Montoya is likely to take his role.
Rafinha and Thomas Vermaelen remain out with injury problems.

Cordoba
Meanwhile, midfielder Federico Cartabia is set to miss another game with his injury. He missed the last Copa del Rey game in the midweek. Defender Iago Bouzón is also out with injury.


Prediction:
Barcelona 3 – 0 Cordoba, Messi and Suarez on the scoresheet.