Arsenal winger Theo Walcott is likely to be on bench while Alexis Sanchez will be starting again from the central role.

While Anderlecht are likely to start with the same line-up as that of first game. Steven Defour is out with an injury which would drop Dennis Praet deeper. 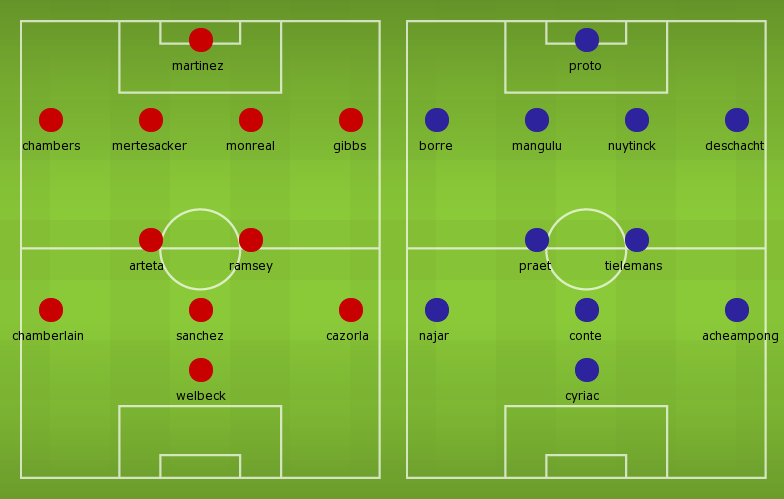 
Prediction:
Arsenal 2 – 1 Anderlecht, an easy game for Arsenal but with a tough score line.