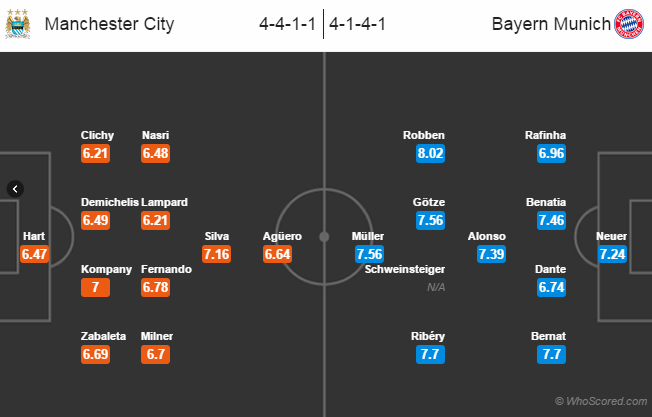 Team News:
Home side have a lot to conern with as midfielders Yaya Toure and Fernandinho have to suffer suspension. Playmaker David Silva is out with knee injury along with full-back Aleksandar Kolarov and striker Edin Dzeko who both are out with calf problems.
Duo attackers Sergio Aguero and Stevan Jovetic both were not present in the training session yesterday. Rumours revealing that they could be injured.

Meanwhile for the away side, many players are set to miss this clash including David Alaba, Holger Badstuber, Philipp Lahm, Tom Starke, Javi Martínez, Thiago Alcántara and José Reina.
While Jerome Boateng has returned from injury but is expected to be rested. 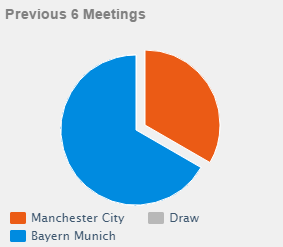